I had mentioned in previous posts there is great debate across the country about traffic tickets as they relate to quotas or revenue generation for municipalities, well Canton, Ohio is clearly not shy about traffic enforcement, they have increased the number of speeding tickets by 205% for the first half of 2010 compared to the same period in 2009.

The police insist enforcement is having a positive impact on driver safety and a reduction in traffic accidents (the numbers do not tell the same story) but City Council has come right out and requested the revenue generated by these tickets be maintained.

In other driver safety related news, Department of Transportation Secretary LaHood has announced a second distracted driving this year on September 21st.   LaHood is serious about distracted driving, particularly with respect to hand held devices and I would not be surprised to see sweeping legislation next year.   The elimination of cell phones in cars could very well happen soon.   What would your life be without the ability to talk or text in your car?   Like your parents?

With July almost over, it is almost time to go back to school and represents a very busy time for us at DefensiveDriving.com.   Driver programs, especially those related to ticket dismissal or point reduction, see a spike in our business in August as folks try to wrap up their summers business before heading back to college or having their kids going back to school for the fall.

On my way to work… below, two police officers is never a good thing … Drive Friendly and have a safe weekend.   Remember if you have employees who drive for you, we have a program you might want to know about … www.businessdriversafety.com! 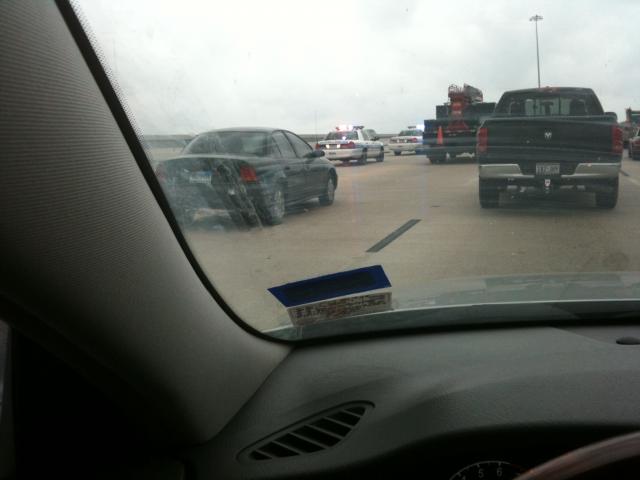