Defensive Driving in the Digital Age

“There’s an app for that.” We all know the saying; so it’s no surprise to find there are apps for avoiding untimely run-ins with cops and checkpoints on the road.

A recent article by USA Today explores the burgeoning trend of smartphone apps that allow drivers to stay one step ahead of police officers by alerting users of upcoming red light cameras, speed traps, etc.

One such app, which is said to be the most popular of its kind, is called PhantomAlert. It provides an online database users can download to GPS devices or smartphones. It uses audible alerts to warn drivers of nearby patrol cars, school zones and DUI checkpoints.

According to the article, apps like PhantomAlert prompt both positive and negative opinions. On one hand, the app may encourage drivers to slow down or be more aware of their surroundings (pro). On the other, features such as the DUI checkpoint navigator hypothetically may validate drinking and driving to users so long as they don’t get arrested (con).

The issue of driving-related apps has even reached the Senate level, where four U.S. senators, including Senate Majority Leader Harry Reid, D-Nev., are urging Apple, Google, BlackBerry App World and Research in Motion to stop the sale of apps they believe encourage drunken driving. A recent article by Time magazine states the senators opposed to the sale of the apps believe the technology allows drivers who have been drinking to find a suitable route home without facing the possibility of being stopped by a police officer. 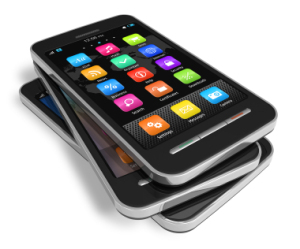 In turn, Research in Motion has responded by saying they will remove the apps from their store; but the jury is still out on whether other app providers will follow suit. Apple has yet to issue a formal response and Google says the senators have not cited examples specific enough to inspire them to discontinue the apps.

A recent story by CNET outlines how industry officials are reacting to the recommendations made by the senators. According to the article, PhantomAlert CEO Joe Scott said that although RIM has stopped the sale of an unspecified number of driving-related apps, the media exposure has increased downloads on other platforms by as much as 8,000 percent.

Among them is Apple’s Fuzz Alert, which uses audio notifications to alert users of red-light and speed cameras when they are within a certain range of the cameras’ locations. Fuzz Alert owner Steve Croke said his app is trending near the top of the navigation category in the app store as a result of the recent surge in attention. He added that less than five percent of the checkpoints featured in Fuzz Alert are for DUIs, and that the DUI feature was not the reason he created the app.

Although app developers are receiving support from advocacy groups such as the Association for Competitive Technology (ACT), other politicians (including Vice President Joe Biden’s son, Delaware Attorney General Beau Biden) are following the lead of the concerned senators by sending letter of their own to Apple and Google.

As app makers continue to deal with censorship and legality issues, the fate of these types of driving apps remains uncertain. And whether you enlist the help of a driving app or not, it is best to remain alert and aware of posted signs in any given area while driving. Traffic laws are put in place to ensure the safety of drivers and therefore should be followed at all times. Better to obey the law now than end up in traffic court later!

To read about other types of apps that benefit drivers, see the blog “Driver Smarter: Smartphone Driving Apps Worth Trying.”

← How to Handle a Tire Blowout: Changing a Tire Video | Before You Pay A Traffic Citation….. →