Posted on January 18, 2012 by Defensive Driving | in The Daily Drive

Even more eye opening, our population is getting older and the “Baby Boomer” generation is now our grander, senior citizens.  As our medical care improves, people are living longer and the AAA Foundation for Driver Safety estimates that one out of every five drivers in America will be 65 or older by 2030.

The car and the drivers license represent freedom and independence to to drivers of all ages.   There are very real and difficult conversations which are taking place daily by families whose children are beginning to question their parents ability to safely operate a vehicle or drive amongst and with their fellow drivers.   These personal conversations are difficult enough, older drivers are generally some of the safest and to insinuate otherwise can create a rather tricky family conflict.

Ultimately, this debate will probably end up in court a the highest level, but in the interim, DefensiveDriving.com encourages families to sit with their older loved ones and discuss their driving skills.   Ride with them to assess and have them take an online course to “refresh” their knowledge, so the older drivers amongst us are the safest. 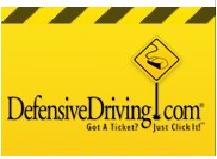 ← What every driver should know about high water… | Emotions Affect Driving →