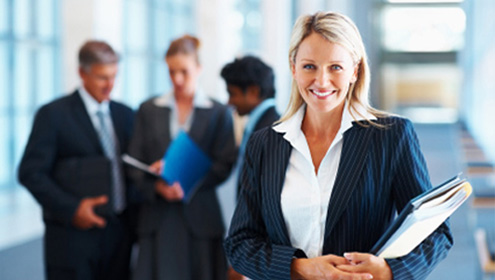 David Bruce conceived the idea for DefensiveDriving.com® after a minor fender-bender. Needing to keep the traffic ticket off his record, and as a busy individual with an active lifestyle, Mr. Bruce searched for an online alternative to the traditional classroom-based defensive driving courses. His search for an approved online course in the State of Texas was unsuccessful, so he set out to start his own.

Mr. Bruce worked with the Texas Department of Licensing and Regulation (TDLR) to establish the guidelines for an online delivery method. After a lengthy approval process, Mr. Bruce received the official approval. The company then acquired and installed production-grade equipment that would become the backbone of the site, and launched operations in February 2000. In the first full year of operations, DefensiveDriving.com certified its 100,000th customer, and the company has grown rapidly ever since.

The philosophy at DefensiveDriving.com is to provide the most educational, highest quality products in the industry, and to support those products with exceptional customer service. The company achieves this by working with outside consultants, conducting focus groups with potential customers, and implementing best practices from the top call centers in the country. The company operates 24-hour in-house call and fulfillment centers that are staffed by highly trained customer support representatives and licensed defensive driving instructors.

The hard work and expense have paid off, because DefensiveDriving.com is the #1 rated online course in Texas, a distinction that has set the standard for the company’s additional product offerings. In 2004, the company’s dedication to excellence was recognized when the new Wheels in Motion® video course was awarded a Silver Plaque at the International Communications Film & Video Awards (part of the Chicago International Film Festival). In 2005, DefensiveDriving.com continued breaking new ground in the defensive driving industry by partnering with Time Warner Cable to offer the Wheels in Motion video On Demand.