5 New Laws You Need to Know

When is the last time you checked the driving laws in your state? Oh, when you took your driver’s test? Yeah, us too. The problem is that the laws are constantly changing, and if you aren’t careful, you may very well get a ticket for doing something you had no idea was illegal. Want some examples? We got them for you! According to USA Today, these are all laws that took effect July 1, 2013, in various states across the country.

We’ve said it before, and we’ll say it again: driving while distracted is dangerous. Since cell phones seem to be the biggest distraction on the road these days, it’s about time more states took action against them. The new laws take effect in Hawaii and West Virginia, but many states have already been enforcing this rule.

No Texting While Driving

Again, big distraction. This is slightly different than the aforementioned law because it still allows for the phone to be used to make a phone call. Florida is the newest state to add this law to its repertoire. 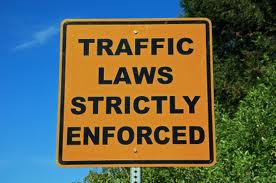 Not all new laws take away privileges. Some states (Ohio, for example) have decided that by raising the speed limits people can get to their destination faster without accident rates increasing.

No Smoking While Driving with a Minor

The effects of second-hand smoke are no longer a mystery. That is why many states (Oregon and Utah) are jumping on California’s bandwagon to ban smoking while driving with a minor in the car. What age each state considers a minor varies. Some prohibit it if any passenger is under 18, while some make the cutoff 13 years old.

Every state bans drunk driving, but some are starting to take it more seriously. CNN reports that The National Transportation Safety Board is even pushing for the legal drinking limit to be lowered from .08 BAC (blood alcohol content) to .05 BAC, claiming that doing so could save up to 800 lives per year.

Even if you always drive defensively, it is a good idea to stay up-to-date on your state’s driving laws, just in case. As much as getting a ticket for knowingly breaking the law sucks, it’s even worse if you have no idea what you were doing wrong in the first place.