5 Surprising Things People do While Driving 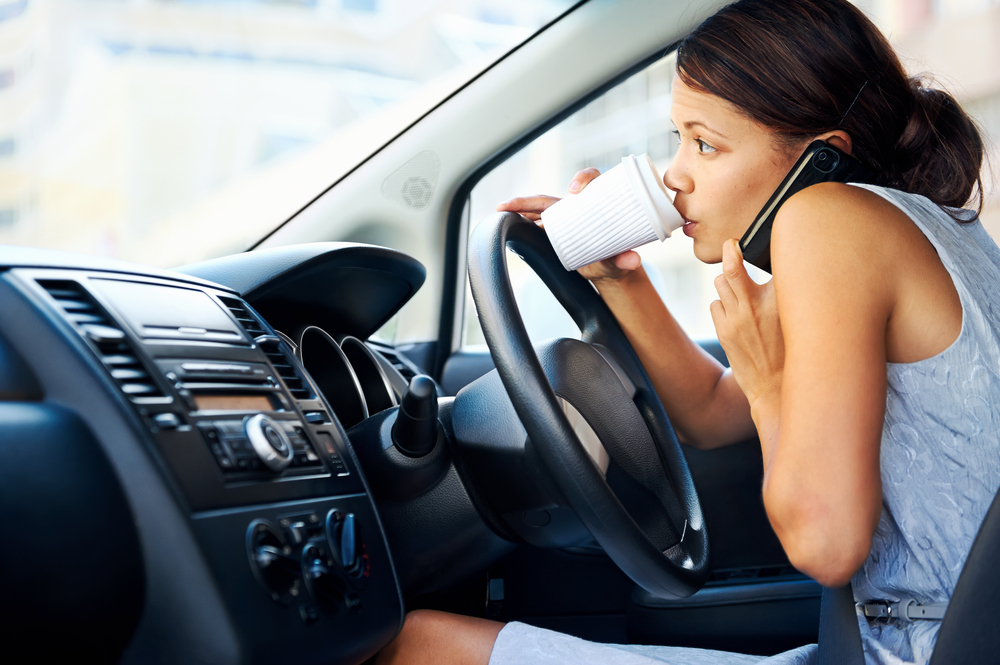 Distracted driving isn’t limited simply to texting or jamming out to the latest hit. There are several bizarre ways to keep yourself focused anywhere but on the road. We’ve compiled a list of ten of the most surprising ways people have been distracted while at the wheel. These especially distracted people are just one more reason for you to drive defensively.

Whether it’s Chinese take-out or a more easily consumed finger food like a burger or pizza, lots of people find a way to get in those critical calories while cruising through rush hour traffic. You’d best get out of their way, or you’ll end up with a bended fender and they’ll be stuck with a lap full of scalding coffee.

Foundation, mascara, eyeliner, blush, and even lipstick. Why do your makeup at home when you can get it done with one hand on the wheel during the morning commute? Foundation? Surely the foundation for an accident has already been laid.

Well, I guess it’s better than driving naked, which sadly probably isn’t all that uncommon. Just because other drivers can’t see you from the waist down doesn’t mean it’s a good idea to put your pants on while driving. A good rule of thumb is to always clothe yourself before you get behind the wheel. Who knows, it could even save you some road rash?

Taking personal grooming to the next level, some are inclined to give themselves a full manicure while waiting at a stoplight or cut near their cuticles while cutting in and out of traffic. It’s only a matter of time before they’re filing not only their nails, but also an accident report.

These guys are all too familiar with close shaves. In fact, they have multiple every morning! But at least they typically use an electric razor. Can you imagine what would happen if they went old school and used a disposable razor? Me neither.

← 5 Common Traffic Violations | Is Your Car Ready for Winter? →