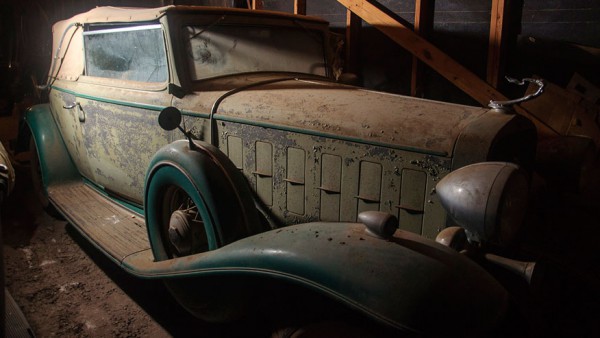 A man in Austin, Texas recently unveiled a collection of five pre-war automobiles in his barn, estimated to be worth three quarters of a million dollars. The owner, who chose to remain anonymous, has been in possession of the vehicles for over four decades.

The cars will go up for auction next month at Indianapolis Motor Speedway. The rarest of the five is a 1932 Cadillac 370B V-12 Victoria convertible. It is one of only four Victoria convertibles built that year, and the only one with a V-12 engine, making it worth around $285,000-$350,000.

The Motostalgia Auctions founder, Antonio Brunet, says that all five of the cars will be in working order before they go up for auction on June 12.

To read more about the vehicles, head over to this article on Fox.

And for more news about cars and driving, as well as fun facts, tips, and advice, check us out on Facebook.

← Tips for Driving Safely in the Rain | Self Driving Cars: Still Plenty of Kinks to Iron Out as Google Reports 11 Accidents →