Cruising and Cursing: What is Road Rage? 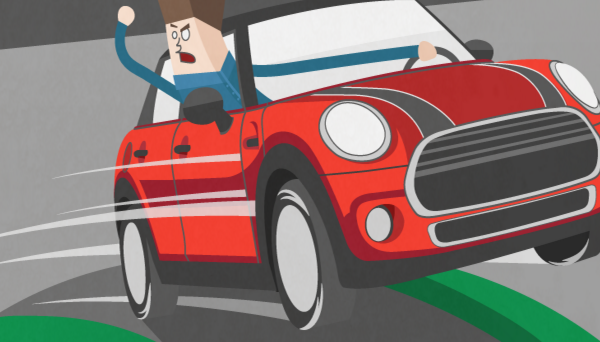 We’ve all been there. You’re cruising down the freeway, carefree and singing along to the radio. When suddenly, out of nowhere, another vehicle appears and cuts in front of you, causing you to slam on your brakes, swerve, or otherwise adjust your driving to avoid a potentially dangerous accident. Too often in this situation, you start to feel heat boiling up inside of you, quickly rising to the surface, and finally exploding in a flash of curse words and angry hand gestures.

Almost no one is immune from road rage. Even the mildest mannered of people can turn into a rageaholic when faced with a certain kind of situation on the road. We all have different triggers–maybe you can’t stand those people who drive too slow, or the ones who are riding your tail constantly, or maybe it’s the drivers who don’t seem to know the purpose of an indicator (or even realize that they have one). Whatever it is, whenever someone comes along that pulls one of your pet peeves on the road, some anger is sure to come to the surface.

So What Is Road Rage Exactly? here are The Facts

What is road rage? It is an actual criminal offense. While aggressive driving is classified as a traffic offense, if someone is guilty of road rage, the blame will be placed on the driver and they will receive a criminal charge.

How can we avoid it?

Now we get into the tough stuff. Road rage is so commonplace because it often comes instinctively from a place of pure impulse. It can be hard to kick because you cannot predict or prepare for when it will happen. However, there are certain steps you can take to try to avoid these situations altogether.

One obvious one is to try to become a more defensive driver. Either take one of our courses, quizzes, or read a blog about how to be a defensive driver, and work on being more passive than aggressive behind the wheel.

You also need to know and become aware of the things that make you tick. And also the best ways to combat them–whether it is listening to soothing music, making sure you are well fed and rested, or avoiding rush hour.

What is road rage? It can be difficult to define, but doing so is the first step towards beating it, and hopefully we have helped inspire you to turn over a new leaf. For more tips to beat road rage, you can check out this article, or head over to this infographic about road rage statistics.