Do You Live in One of the Cities with the Best Drivers?…

If you are in a stalemate about where to live after comparing crime rates, school districts, and weather reports, maybe you should consider how safe the drivers are. By moving to a city with safe drivers, you will have a better chance of actually getting to your destination in one piece. Because, no matter how good of a defensive driver you are, you can’t control the drivers around you.

The following five cities were ranked as being home to the best drivers in Allstate’s America’s Best Drivers Report from 2012. To come up with the results, Allstate compared the property damage claims (excluding weather and road construction damage) from the largest 200 cities in the county (Note: They do not insure anyone in Massachusetts). Since Allstate is responsible for 10% of the country’s insurance policies, their results do provide a somewhat accurate picture of all of the drivers on the road. 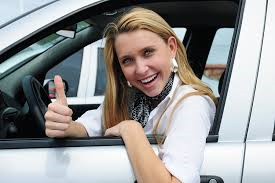 This Midwestern city has taken the top spot for five out of the eight years that Allstate has been computing this data. The average driver in Sioux Falls only gets in an accident every 13.8 years, which is pretty good considering the national average is 10 years.

The easy, and relatively empty, freeway system is probably a contributor to why Boise drivers have fewer accidents than other drivers.

The average driver in this quiet college town only has an accident every 13.6 years, not far behind the top spot.

Drivers in Madison must know how to drive in the snow, since they only get in an accident an average of every 13 years.

The 5th place city’s drivers get in an accident every 12.4 years. Not bad considering there is so much corn to distract them.

Since Allstate’s rankings consider all of the top 200 cities, it is important to point out which city that has more than 1,000,000 residents has the best drivers. Phoenix has some of the highest speed limits in the country, but they still have the safest drivers when it comes to big cities.

So, there you go. Now that you know which cities have the best drivers, maybe you can finally get out of the stalemate and make your move.

← Do You Live in One of the Cities with the Worst Drivers?… | Tips to Help You De-stress in the Most Stressful Road Conditions… →