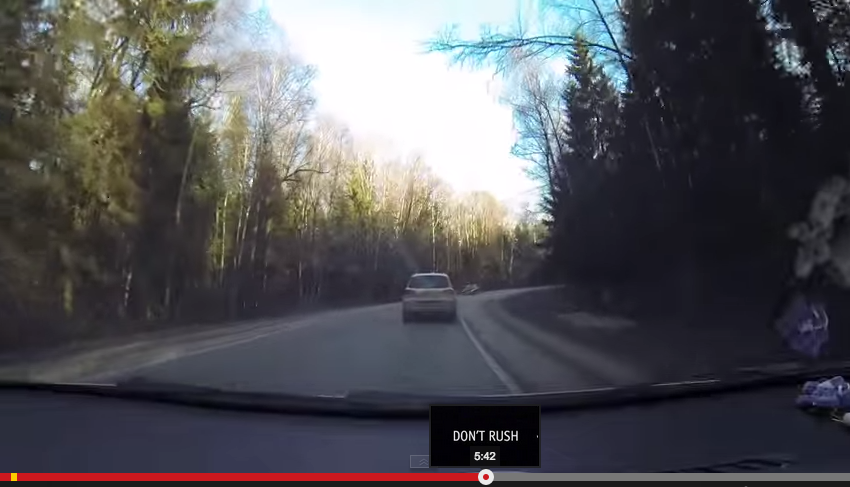 There are a lot of advertisements out there that are designed to prevent people from driving recklessly, and their purpose is a noble one. However, when there are so many similar ads, the internet quickly becomes oversaturated and it is hard to make people pay attention. This means that when someone comes up with a truly unique idea it is all the more refreshing.

That’s what ad agency BBDO Russia did when they created a clever YouTube video, entitled “Most Terrible Fatal Car Crash Ever.” Modeled after popular Russian dash-cam videos, the viewer expects a dramatic car crash, only to sit through 10 minutes of regular driving footage. But here’s the catch: if you skip through the footage, you will see the crash, followed by the tagline “Don’t Rush” and the logo of an insurance company.

The thinking behind the ad is that many people tend to skip ahead in crash videos to see the “good part,” but the motion of fast forwarding echoes the act of speeding ahead in traffic, and the viewer faces the consequences. It’s a clever ad, with an important message; watch it below!