I-10: History, News, and Surrounding Culture 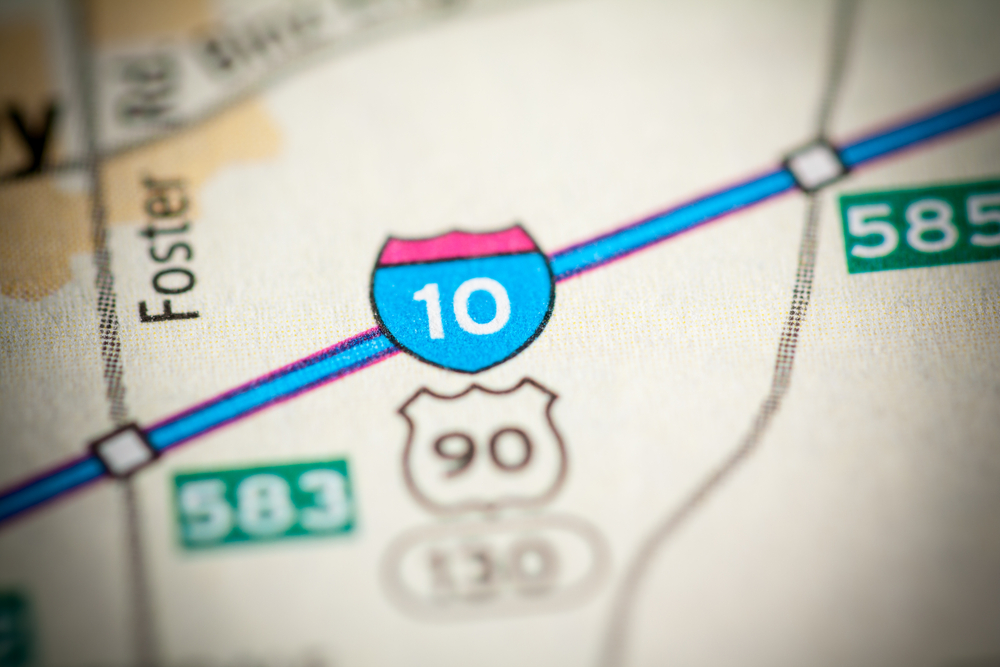 Interstate 10 is one of the top five longest Interstate Highways in the United States. It stretches all the way across the entire southern portion of the nation, starting in Santa Monica, California and going clear to Jacksonville, Florida. Over thirty percent of the length of the road is within the state of Texas. It has historically been a critical commercial corridor in East Texas and remains one of the more important long roads in the country.

The Sabine River, which runs along I-10, had one of its worst floods in recent history in March of 2016 as it covered the Interstate and made the road completely impassible. Residents near the Interstate were also severely affected and forced to stay in their homes for a number of days waiting for the water levels to recede. I-10 traffic along the Texas Louisiana border was very much affected, as the road was closed in that area for four days. The flooding happened near Orange, Texas, which calls it the worst flood in their recorded history. The Texas Department of Transportation urged residents to avoid the freeway by using the “Turn Around Don’t Drown” hashtag.

Let’s talk a bit about the population, demographics, and culture along the Texas Louisiana border near I-10.

The population in East Texas is much lower compared to some other more densely populated areas in the state. The population is roughly under 2.2 million across five counties, making up only 8% of the population of Texas. The counties of East Texas are Jefferson County, Smith County, Gregg County, Bowie County, and Angelina County.

In the region, around 66% are White with 17% African American and 14% Hispanic or Latino. Culturally, Eastern Texas is claimed as part of the Deep South. The accent is more of a southern drawl than it is a Texas twang. Music and food are diverse, but have a Cajun influence as East Texas towns are close to the Louisiana border.

Gospel music and Jazz are popular in Louisiana. When it comes to cuisine, the people of Louisiana love crawfish and other seafood. Cajun and Creole food along with Gumbo and Jambalaya are also popular. Louisiana, and particularly New Orleans, is famous for the many festivals held including the New Orleans Jazz Festival and the Alligator Festival. Sports, particularly football, are an integral part of the culture.

Louisiana has a population of about 4.65 million people.In the southern part of the state, there are many Cajuns and Creoles which are of French descent. The state also has a rich Spanish heritage.

When it comes to traffic on I-10 on the Texas Louisiana Border, it’s nice to stay in touch with road conditions so you can make your commute well and get to where you’re going on time. Many choose to use their smartphone to determine how busy the road is, but it’s generally fairly passable depending on the time of day. Some choose to use sites like i10exitguide.com to see real-time traffic across the whole Interstate.

Whether you’re driving on the Interstate or just around town, it’s important to keep yourself safe by driving defensively. Take advantage of DefensiveDriving.com’s courses as we have you covered everywhere from defensive driving in Austin, Texas to El Paso and Houston. Drive safely and enjoy your time out there on the road.