Misunderstood Driving Laws: 6 Rules of the Road that Most People Get Wrong 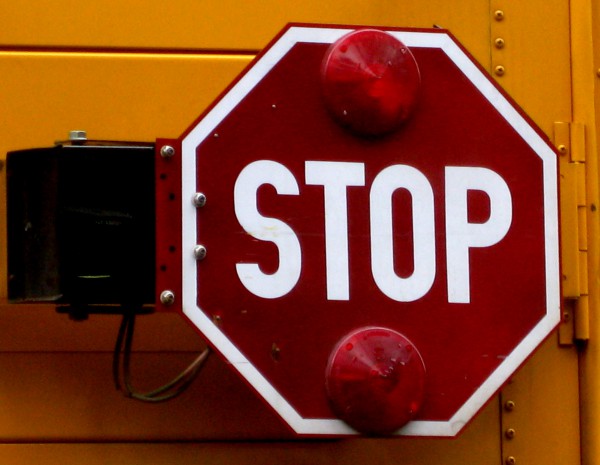 Congratulations! You’ve earned the right to get behind the wheel of an automobile. You passed the written exam and the driving test, and you would never dream of intentionally breaking any of the driving laws that you have come to know so well. However, like a lot of other drivers out there, you may have misconceptions about certain driving laws—misconceptions that could prove costly when you see those flashing lights in your rearview mirror.

To help you avoid getting a ticket for a moving violation that could mar your driving record and jack up your insurance rates, here’s a look at 6 rules of the road that most people get wrong.

1. Rules for When a School Bus Stops

At some point in your driving career you are going to pull up behind a school bus that has come to a full stop to either let school kids on or off. When this happens lighted stop signs will typically pop out from the bus. Obviously those signs mean exactly what they say, “Stop!” This is pretty clear if you happen to be right behind the bus in the same lane. However, if you are traveling in a lane going the opposite direction from the bus—even on a road with multiple lanes in either direction—you also need to stop until those flashing stop signs go dark and retract. At least that’s the law in most states. The only exception to this law is on a divided highway with an unpaved center section or a median or physical barrier. In this case, if you are traveling in a lane going the same direction as the bus you must stop behind the bus. If you are traveling in an opposing lane, you need to slow down and exercise caution until you have completely cleared the area.

If you are an older driver, roundabouts probably didn’t even exist in your area when you first got your license. But today they are popping up all over, and current traffic law handbooks reflect that. Regardless of whether or not a yield sign is present at a roundabout, the law states that when entering a roundabout you must yield to any cars that are already traveling within the circle. When exiting a roundabout you should use your turn signal and exercise caution to make sure you don’t end up in the path of drivers who aren’t clear on the rules.

There are times when driving that you need to make a U-turn. Fortunately, most states have made generous allowances for that maneuver. And still, out of confusion, many drivers make U-turns where they are not allowed. In most states you can make a U-turn at an intersection with a green light, unless a “No U-Turn” sign says otherwise. In states such as California, you’re allowed to cross a double yellow line to make a U-turn. But in other states it is best to consult a current traffic law handbook before doing so. U-turns are illegal in any state when you are at or on a railroad crossing or in front of a fire station. In areas where U-turns are legal you should only perform that maneuver when it is safe to do so.

4. Rules for Yielding to Pedestrians in Crosswalks

Pedestrian deaths have shot up in the last few years. Studies show that mortality rates have increased in part due to pedestrians texting or talking on phones while in crosswalks. This makes it even more important for you as a driver to be extra cautious and aware of the rules for yielding to pedestrians in crosswalks. When approaching clearly marked crosswalks, drivers in all states must yield the right-of-way to crossing pedestrians. However, in other states drivers must yield to pedestrians crossing any intersection regardless of whether a marked crosswalk exists or not. The best rule of thumb when it comes to yielding to pedestrians is to always play it safe, and to remember a pedestrian always has the right of way.

Along with roundabouts, another new thing you might have encountered while driving is the flashing yellow light. These are becoming fairly common at intersections that include solid red and green left-turn arrows. Unlike solid yellow left-turn arrows that tell you that it’s time to stop, flashing left-turn arrows can seem a bit ambiguous. What you need to know when approaching a flashing yellow arrow is that you are allowed to turn left, but you need to proceed with caution, making sure that you yield to pedestrians and oncoming cars in the process.

If you happen to live in or visit a bike-friendly town, you will no doubt encounter a “shared bike and vehicle lane” in your travels. And although these lanes are clearly indicated with pavement markings and road signage, they can still leave drivers who have not encountered them before confused. If you elect to drive in a shared bike and vehicle lane you should know that cyclists are entitled to share the entire lane. The only way to legally pass a cyclist is to move into a new lane.

A General Rule for Drivers

Although traffic laws change fairly infrequently, they can and do change. Whether you are a new or seasoned driver it’s always a good practice to consult your state’s DMV website regularly to make sure that you understand and comply with old and new laws. You’ll be a safer driver for it.

← 9 of the Most Terrible Car Jokes and Puns | Safe Driving Destinations: 11 of the Best DefensiveDriving.com Scholarship Entries →