Sharing the Road: Can Traditional and Self-Driving Cars Coexist? 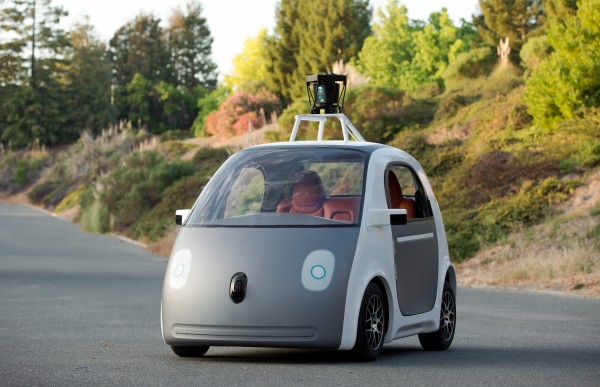 In case you haven’t noticed, self-driving cars are here. And they aren’t going anywhere. In fact, at the rate that autonomous car technology is advancing, self-driving cars will soon be going everywhere. That inescapable reality has a lot of people wondering what the roads of the future will look like. And perhaps the biggest question looming in the minds of drivers and autonomous car proponents alike is “Can traditional and self-driving cars coexist on our roadways?” While the answer to that question is still more than a few years away, there is compelling evidence that the days of the traditional automobile may be numbered.

Last year at a technology conference in California, Tesla Motors founder Elon Musk made a bold statement, as reported in the Washington Post:

“People may outlaw driving cars because it’s too dangerous,” said Musk. “You can’t have a person driving a two-ton death machine.”

Most drivers would not characterize their cars as “death machines”. Nor would they say that their own driving habits are dangerous. But a recent article on Time.com makes a strong case for getting traditional automobiles with human drivers off of our highways.

Why should drivers be willing to surrender their keys? That action may someday be mandated, because compared to humans, autonomous cars are flat out superior drivers. After all, computers with sophisticated artificial intelligence capabilities run self-driving cars. In fact, these automated AI systems are so sophisticated that the National Highway Traffic Safety Administration has conceded to legally define them as drivers. Unlike humans, computers never get distracted or fatigued or drive under the influence of alcohol or other substances or drive while eating. Computers are constantly aware of their surroundings, weather, road conditions, other cars, etc., and tests show that they can make rapid-fire decisions and adjustments much better than human brains can. And if you’ve ever passed a car in which the driver was texting, you know that computers don’t take chances with cellphones while driving. No wonder statistics show that 94 percent of road accidents in the U.S. are the fault of drivers.

Along with ensuring greater highway safety, there are other reasons for advancing autonomous car technology. For one thing, self-driving cars could improve traffic flow and decrease commute times—as long as enough of them are on the road. With the ability to communicate with one another, autonomous automobiles can regulate their speeds and stagger their arrival at intersections so traffic flow remains smooth and uninterrupted. Merging on and off of freeways would also become more efficient and seamless.

Eliminating parking space waste is also another touted benefit of a fully autonomous world. Instead of sitting in a parking spot while drivers work or shop, which is what traditional cars must do, self-driving cars can leave their drop off locations, pick up signals from empty parking spaces located away from heavily populated areas, and then return for the pick-up when summoned via an app. Tesla’s Model S software already has this feature called Summon, and the automaker claims that within a few years cars will be retrievable from almost any distance with Summon. An added ecological benefit of this technology is less visible parking spaces near where we work, play and live and more green lawns, flowers and trees.

As the Baby Boomer generation ages, another benefit of autonomous cars is the ability to stay mobile in advanced years, hopefully long after infirmities would have forced them to surrender the keys to their traditional cars. Handicapped individuals who are otherwise homebound will also be able to benefit from the increased mobility that self-driving cars could give them.

With so many proven and promised benefits—and the rapid advancement of technologies designed to deliver them—there is no question that the era of the fully autonomous highway will one day arrive. But Elon Musk himself admits that that process will be slow going and will probably take at least 20 years. That’s because autonomous technology is attempting to replace the estimated 2 billion traditional cars currently occupying our highways.

Autonomous technology is also attempting to disrupt other major industries other than the automobile industry. If these cars prove to live up to safety claims, the $198 billion automobile insurance industry will eventually become a thing of the past. Not to mention the parking lot industry and the auto-aftermarket parts business.

Drivers who hope to enjoy the privilege of driving a traditional car can feel cautiously optimistic for the next few years. But the reality is that disruption is coming. The more self-driving cars there are on the road, the more street designs will change in their favor. And the harder it will be for drivers of traditional cars to share the road with autonomous traffic. It’s also predicted that future auto-insurance rates for those who hold out on purchasing a self-driving car could shoot up dramatically, to the point where drivers are financially forced off the road. But at least for a while drivers can be reassured that although self-driving cars aren’t going anywhere, neither are steering wheels.