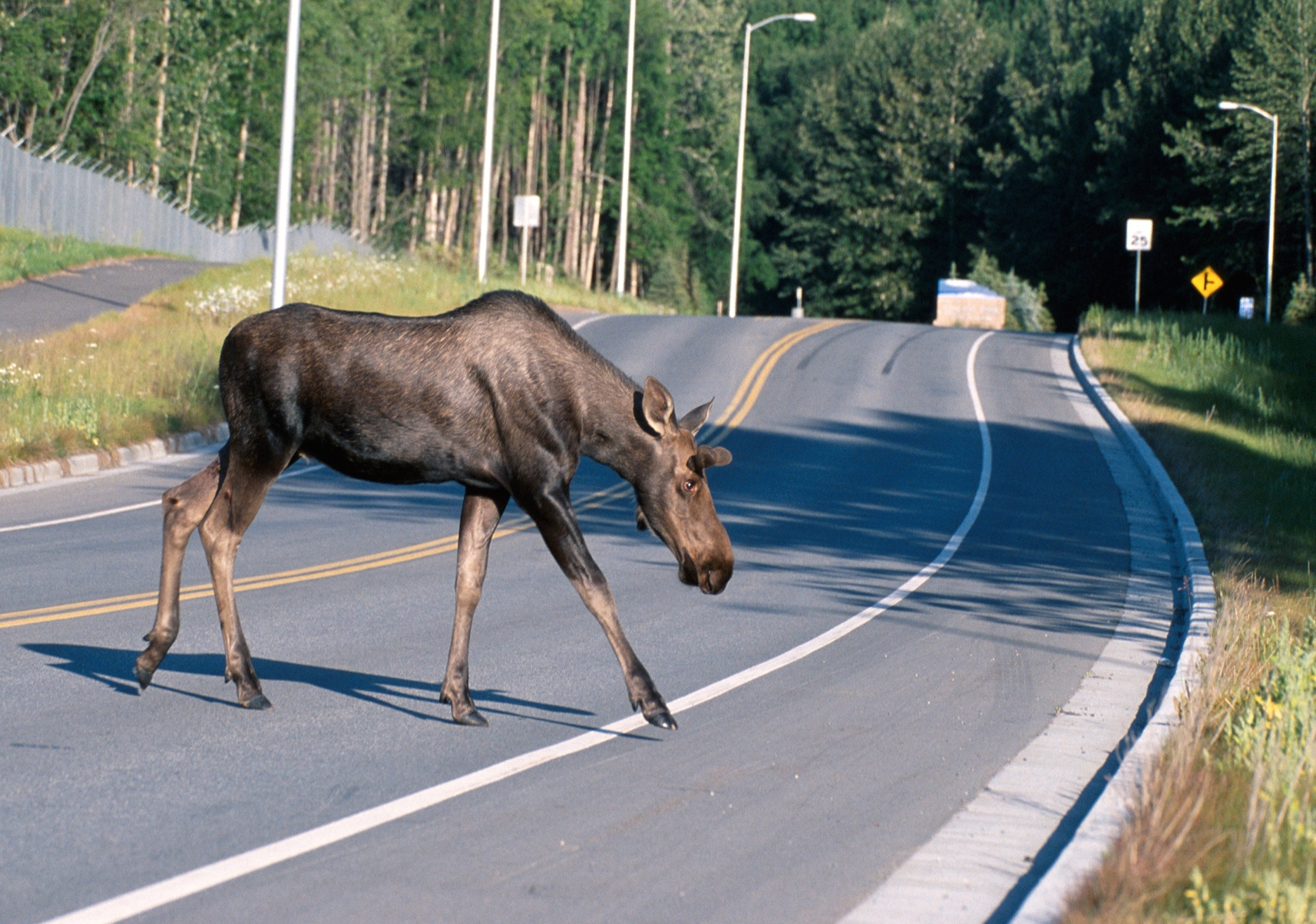 While my grandmother has been known to make road kill stew, this isn’t a delicacy that most enjoy. Being prepared to encounter animals and knowing what to do when these encounters occur is a better way to use the road efficiently. Reacting quickly and correctly will help to protect the lives of all humans and animals involved in an incident.

With roadways becoming more crowded and suburban developments encroaching on wild habitats, animal-related accidents have been on the rise in recent years. According to State Farm, 1.2 million animal-related accident claims were made in 2008, representing an increase of 15 percent since 2003. Failure on the part of human drivers to respond correctly to these situations makes many of these accidents worse than they need to be.

When we see an animal–or other obstacle–in the road, our typical instinctive response is to swerve to avoid the obstacle. This would only make sense in a situation where one was driving slowly on an empty road. Under any other conditions, swerving can create more problems than it solves: if traveling quickly, you could enter a skid or flip your car; you could send your car hurtling off the road and into another obstacle; or you could put your car in the way of oncoming traffic.

According to experts, the best response is to remain in your lane while attempting to slow down as quickly as possible. If you have room to do so, move toward the right side, or outer edge, of the road. When you accidentally step too close to a hazard, your first instinct is likely to jump back; an animal, however, will instinctively move faster along its chosen path, i.e. forward across the road. Moving slightly in the direction that the animal was coming from and slowing down will, ideally, give the animal time and space to escape safely.

Next, be aware of your surroundings. If you’re driving through a rural area or have noticed a number of deer or moose crossing signs, be particularly alert; scan the edges of the road to see if you can spot any animals lurking on the shoulders. If you have passengers, ask them to scan the roadsides for animals. At night, animals’ eyes will glow (the exception being moose, whose eyes do not reflect light.)

If you do, slow down and be particularly vigilant. Never speed, especially at night; remember that you should always be able to stop within the area illuminated by your headlights. Experts recommend traveling no more than 55mph in high-density wildlife areas. This speed should be reduced in inclement weather. Many animals, including deer and moose, are most active at dusk and dawn, when our visibility is often limited. Be particularly alert during these hours. You should use your high beams when not surrounded by other drivers and, if possible, move the car as close to the center of the road as possible.

If you do end up in a collision with a moose or deer, duck down into your car; large animals like these can come through the windshield or crush the car roof. Should you end up in a collision with an animal, first check to make sure that your passengers are okay. If the injured animal is still alive, do not approach it, as, scared and in pain, it could still be dangerous. Only attempt to move the animal out of the road if you are certain that it is dead. Use flares or emergency lights to alert others on the road to your predicament and call the police. 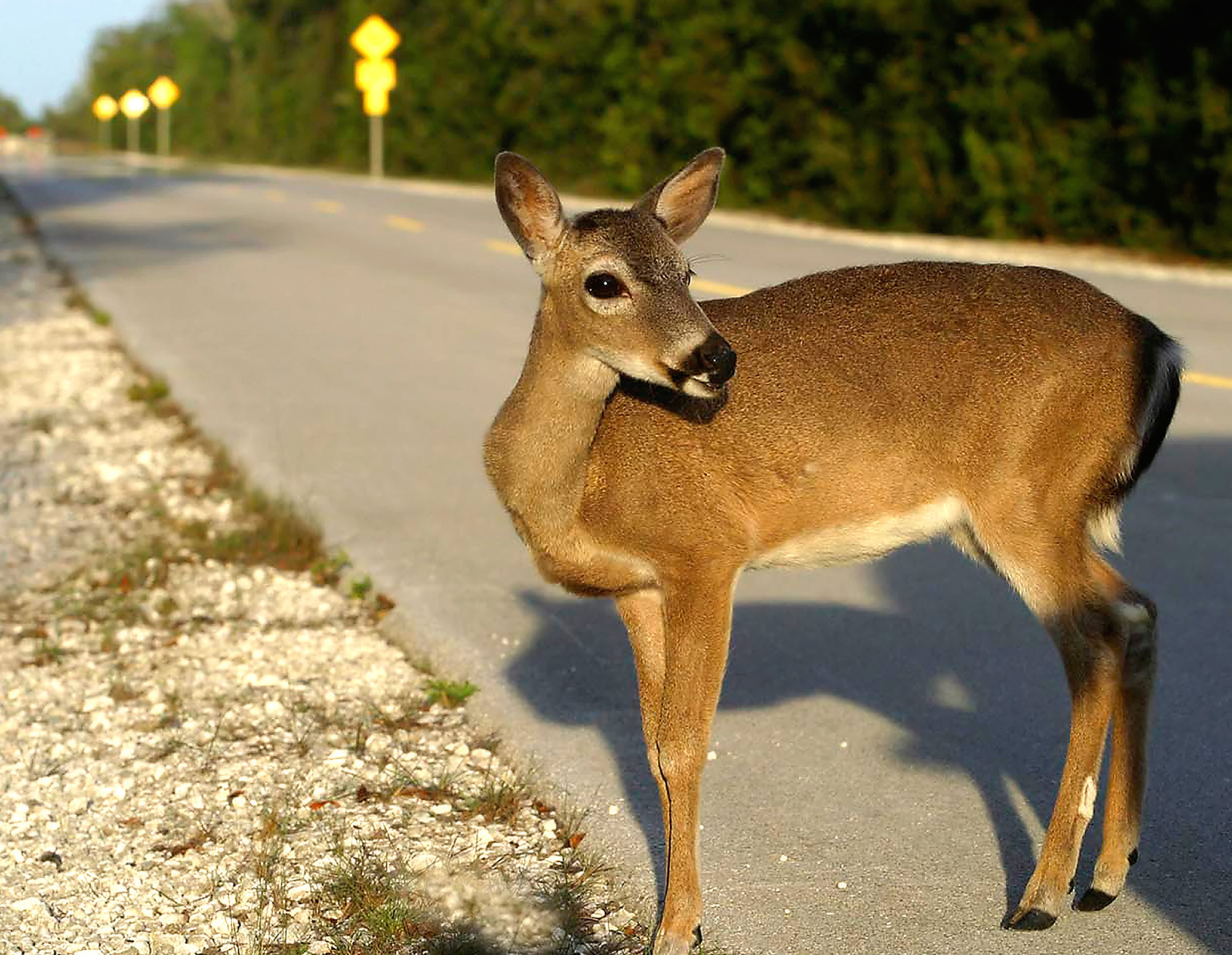 ← Is Driving Under the Influence Worth the Risk?… | There’s an app for that →