Is Texting and Driving Illegal In Texas?

We’ll cut to the point. Yes, texting and driving is illegal in Texas as of September 1st 2017. Also, talking on the phone while driving is illegal unless you’re using a hands-free device. Previously there were designated areas where you weren’t allowed to use your phone, but those days are gone. Studies found that over 350,000 injuries per year occurred from drivers using their phones and finally put a stop to it. Of course that hasn’t stopped it from happening. Hundreds of thousands of accidents still occur each year as a result of distracted driving. 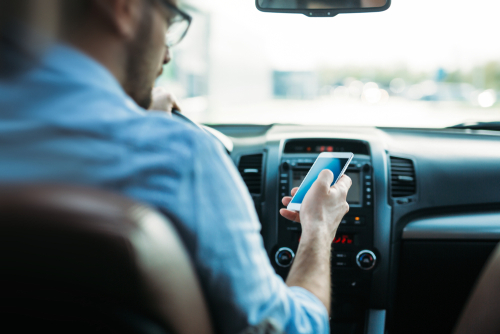 In fact, according to the National Safety Council, 1 of every 4 accidents is caused by a distracted driver. That is correct, over 25% of every accident that occurs is due to distracted driving. Everyone feels that they’re an exception to the rule, but the numbers are staggering with regard to increasing the likelihood of a crash. Nearly 3,500 people die each year in one of these accidents, and that number has remained relatively constant for the last several years. The fact remains that although we now have laws on the books to fine and deter people from using their phone, people are stubbornly refusing to put it down.

So yes, no matter where you are in Texas, texting and driving is illegal. Although initial fines range from $25 to 99 dollars and up to $200 for repeat offenders, you could cost yourself a lot more if you hurt someone as a result. You could potentially face up to $4,000 in fines and up to a year in prison. Please, for the sake of your own life and the lives of those around you, put the phone down.

← Defensive Driving or Traffic School | Yes, You Can Download Your Certificate of Completion in Texas →