What Would Your Car Look Like if Your Childhood Self Designed It? 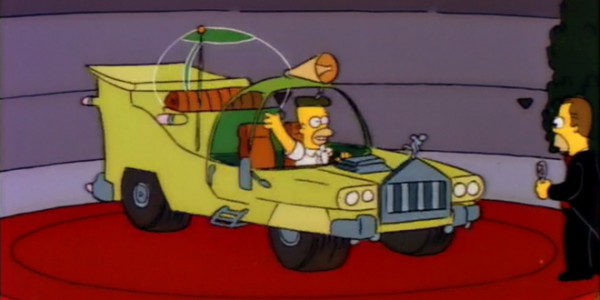 As an adult, there are probably a lot of aspects of your life that are different from that which you expected when you were young. For example, you are probably not earning a living as a superhero or a princess (unless Kate Middleton is reading this, in which case, our apologies Your Royal Highness). One thing in particular that seems to differ from your childhood daydreams is the vehicle that you drive around in. Which made us wonder, what would your car look like if your childhood self was in charge? Here are a few ideas.

it wouldn’t be a car

First of all, there are probably many of us who dreamt of not even driving a car at all. We might have supposed that as adults we would be flying a plane, driving a train, or maybe just being chauffeured around in a limo. Even if you are a pilot or a train driver, it is unlikely that you are using a plane to run errands to the grocery store.

It would have wings or travel in time

Just like in the movies, your car would probably have the magical ability to sprout wings and fly, or maybe even transport you from one time or dimension to another. Well, Deloreans recently went back into production, so maybe we now have a better chance of this particular wish coming true!

it would be a sports car

Many of us also had dreams of zooming around in those cars that we see on the television, the ones that we had in miniature form and would race up and down the hallways. However, a two-seater Ferrari is not the most practical of vehicles for most of the population. *sigh* maybe some day!

it would be neon

If your childhood self got to pick the exact color of your car, what do you think it would look like? Probably somewhere in the range of bright pink, or neon green, or maybe even have polka dots or a racing stripe. While some of these fun or more outlandish colors are available in a lot of vehicles, most adults settle for something a little more boring, to increase resale value.

it would have a hot tub in the back…

…or a beanbag chair, or just a bunch of puppies. Remember when you were a kid and your only limits for what was actually possible was the extent of your imagination? Pretty sure if you were capable of putting together your dream vehicle back then, it would be leopard print, with a booming sound system, and a free candy bar for anyone who entered. Come to think of it, why don’t we have one of these now?