4 of the Most Dangerous Roads in the Country

Extra curvy. Limited visibility. No guardrail. These are all traits of some of the most dangerous roads in the United States. These traits increase not only the accident rates on these roads, but also the fatality and injury rates. In fact, Popular Mechanics recently reported that the US has the most highway deaths per capita out of everywhere in the world. We have an average of 11 deaths for every 100,000 people each year. So where are all these accidents happening? Well, they happen everywhere, but here are some of the roads with the highest death tolls. 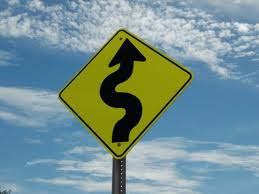 Yes, it’s true that Interstate 10 stretches across the entire country, but for some reason the 150-mile stretch from the California border to Phoenix racks in an astounding 85 deaths per year. Considering the entire state only has about 700, that figure is pretty substantial for a mere 150 miles. The exact reason is not known, but the desolate area of desert just screams to be sped through, so that could be part of it.

If you want to test how you drive under pressure, pay this highway a visit. The road connects the small tourist towns of Silverton and Ouray in southwestern Colorado. The trek through the San Juan Mountains is steep, windy, and lacks guardrails and shoulders. One small error and you are off the cliff.

I-26 in South Carolina

Again, the lack of guardrails and sleep slopes make for a dangerous equation that results in a large amount of deaths. Seven out of the nine fatalities this road saw in 2009 were from drivers hitting trees or rolling down ditches.

Montana has the highest accident fatality rate in the United States, and Highway 2 is a big contributor to this ranking. The highway goes across the northern, most remote part of the state. It’s not necessarily that the road itself is more dangerous, but if someone does get in an accident, they will not be able to get the help they need as fast as they would if they were in a more populated area. Plus, just like in Arizona, desolate freeways see the most speeders. If you do find yourself on this road (or any of the others), please make sure to drive defensively to avoid becoming another dash in the road’s death count.

← Can Cars Talk to Each Other? | 5 Traffic Tickets that Surely Will Raise Your Insurance Rates →