Can Cars Talk to Each Other?

“Attention: Black Suburban! You are about to hit Red Mustang. He is completely stopped, and you better be too.” 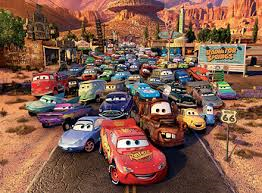 Okay, cars communicating with each other wouldn’t sound anything like this, but that’s how it would work, in theory. Cars would use wireless signals to communicate with each other. If danger were sensed, a warning alarm would go off to the driver, which could essentially save hundreds, if not thousands, of lives.

But is it too good to be true?

That depends on whom you ask. NBC News reports that the National Transportation Safety Board thinks it’s a great idea. They are really pushing the National Highway Traffic Safety Administration to rush the development of technology that would allow vehicles to communicate in this way. In fact, the NHTSA has already started a trial run on the technology in 3,000 cars in Ann Arbor, Michigan. The results have yet to be released, but the study is focusing on its effects on lane changes, rear-end accidents, and intersections. Of course, if everyone would just drive defensively, this high-tech idea wouldn’t even need to be implemented, but that’s an entirely different point.

So what’s the problem?

Many experts, including the Alliance of Automobile Manufacturers, are worried. Of course, they question if the development and execution is doable, but they also have apprehension about liability. Understandably, they don’t want the technology to be blamed if someone still gets into an accident by rear-ending someone or slamming into another car at an intersection. Not to mention, the laws and regulations that will be needed to implement the technology. If only a few cars have the ability to communicate with each other, the positive effects will be very limited. So is the government supposed to require it in every new car? And what about the cars already on the road?

It’s clear that there are a lot of wrinkles to iron out before this idea can actually become a reality. However, if all of the I’s are dotted and the T’s are crossed, this technology does have the potential to dramatically decrease accident and fatality rates on the road.

Will you see this technology anytime soon? Probably not. But you can always dream about what your car is saying to the one beside you next time you are at a stoplight. And remember, if you drive defensively, you won’t even have to worry about it.

← Happy Halloween! | 4 of the Most Dangerous Roads in the Country →