Highway to Heaven: 5 Simple Mistakes that Cause the Most Traffic-Related Fatalities 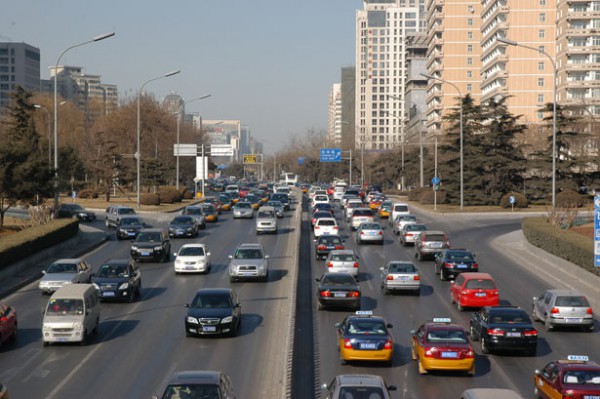 It can happen to any of us. Whether we’re taking our eyes off the road for a split second to change the radio station to something more serious, like forgetting to buckle up, a car accident can happen when we least expect it to. In 2014, there were 29,989 fatal motor vehicle crashes in the U.S. in which 32,675 deaths occurred.

Below are five simple mistakes that cause the most traffic-related fatalities and how drivers can be more aware in order to prevent car accidents.

Though we all know by now the dangers of distracted driving, teens as well as adults continue to use their phones while driving. In fact, according to Edgar Snyder & Associates, at any given time throughout the day, approximately 660,000 drivers are attempting to use their phones while behind the wheel. However, it’s not just using your smartphone while driving, but the most deadly thing a driver can do behind the wheel is text. Texting while driving is six times more likely to cause an accident than driving drunk. This has become such a problem that now most states have created laws to ban cellphone use while driving. A good rule of thumb is once you enter your car, switch your phone to do not disturb mode until you safely reach your destination. That will eliminate the urgency to answer any texts or phone calls when you’re on the road. Remember, those things can wait!

When you buckle up, you’re 50 percent more likely to survive a crash than those who are unbuckled. Though innovative car technology has helped more people buckle up thanks to annoying alerts and beeping, some people, especially teens, still do not buckle up when they get into a car. According to teendriversource.org, 2,206 young adults (ages 13-20) not wearing a seat belt died in crashes in 2013, 52 percent of the total that died in motor vehicle crashes that year. Moreover, in 2015, 6.1 percent of teen passengers reported rarely or never wearing a seat belt recently. Though driver’s education and state run ads/laws have tried to help more people buckle up, as the driver, take charge of passengers who refuse to wear a seatbelt and don’t start the car until your passengers puts on their seatbelt. Moreover, when crashes occur your best protection against injury and death is by wearing a seatbelt. So ask yourself, is that a risk you want to take?

Whether we’re running late or impatient of the driver in front of you, going 20 mph in 40 mph speed zone, many drivers tailgate every day without knowing the fatal consequences. The National Highway Traffic Safety Administration indicates that “23 percent of all motor vehicle crashes are rear end collisions, leading to 2,000 deaths and 950,000 injuries every year.” When you follow too closely behind cars (less than 2 seconds behind the vehicle) you lose time to adequately brake and can end up rear ending or worse causing a fatal accident. It’s important to give ourselves enough time to brake and keep a safe distance between yourself and the car in front of you. A good rule of thumb is to put at least 10 feet per each 10 mph between you and the car in front of you. If someone is tailgating behind you, simply move to the outer right hand lane to let them pass you. If that is not possible, focus on maintaining a safe and legal speed limit and leave even more space between you and the car ahead.

Speeding is a factor in nearly one-third of all fatal crashes. It’s also a problem among teens. A study by GHSA found that from 2000-11, there were 19,447 speed-related crashes involving teen drivers. Moreover, speed related crashes and accidents cost society more than $40 billion annually. Whether we can blame a national culture that says it’s ok to go above the speed limit, when we developed speeding habits, it can lead to more risky driving behavior, such as not wearing a seatbelt or driving under the influence. As enforcement, revoking a driver’s license and citations increase, possible fatality should also be a driving force to stay within speed limits while driving.

5. Failure to keep in the proper lane

Lastly, maintaining your lane is vital when it comes to safe driving. It’s easy for drivers to move lanes without checking their blind spots or not giving enough room for those already within the lane. State laws have cracked down and continue to cite and ticket drivers who fail to maintain their lane. Failure to maintain your lane continues to be one of the most common reasons for traffic-related fatalities. For instance, last year in Georgia, the 2015 traffic fatalities report showed how not maintaining your lane was a cause of increased death tolls on the road. Again, as a driver, make sure you have room to merge lanes and do so in a safe manner. Once in a lane, make sure you stay within your boundaries.