Whether you are a car enthusiast or not, you can’t deny a beautiful car. This year, MSN Autos attended every car show worldwide in search of the most stunning, make-you-stop-in-your-tracks automobiles, and the list they compiled is nothing short of extraordinary. From the sexy curves to the impeccable styling, here are some of the most notable cars introduced in 2013.

If there was one car’s release that was the most anticipated, it was this one. The buzz surrounding this vehicle has been going on for longer than a year, and Chevy didn’t disappoint. The new Corvette, definitely worthy of its Stingray name, was unveiled at Detroit’s own North American International Auto Show. It features out-of-the box styling that brings its wow factor up a notch, and its powerful V8, 460-horsepower engine leaves nothing to be desired.

What do you get when you combine an electric motor with the minds behind Ferrari’s Formula One racing team? You get the LaFerrari, easily one of the most powerful hybrid cars in existence. Its V12 engine and the battery-powered motor together surprisingly yield 950 horsepower, which makes it capable of reaching 60 miles per hour within three seconds. If you feel the need for speed while still being eco-friendly, the LaFerrari can reach speeds of 217 miles per hour. But before you get too excited, they are only making 499 of them, and by the time it was debuted in Geneva, it already had over 700 written orders. 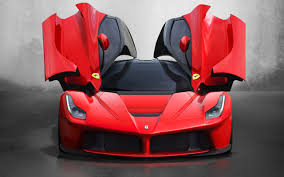 Few cars garner attention like the McLaren, for good reason. It looks like a car only created for Hollywood and driven by superheroes. But it is actually available to the public; that is, if you have $1.3 million to spend and are one of the first 375 people to express interest. So what do you get for this price tag? You get a super-powered hybrid vehicle that combines an electric motor with an enhanced twin-turbo V8 engine (inspired by the engine in the McLaren MP4-12C). It produces 727 horsepower, which is less than the LaFerrari, but its acceleration and top speed are almost identical to it. However, unlike the LaFerrari, the McLaren has a handy electric-only mode that can be used at speeds less than 30 miles per hour for up to 12 miles.