As much as you want to get a shiny new car for the New Year, it just doesn’t seem practical to you. You’d rather spend less money and drive a car that is a little bit older, and there’s nothing wrong with that. But that doesn’t mean you don’t deserve a nice, reliable automobile. Here’s a rundown of the best used cars made in 2009 or 2010 (you don’t want to go too old, right?), according to MSN Autos. When deciding which cars to include, MSN looked at overall performance, safety ratings, reliability, and value. And the winners are (drumroll please):

You may be sick of hearing about the Prius, but hey, it gets so much face time for a reason: It’s a reliable car that has amazing fuel efficiency. And it is even more comfortable than it looks. The 2009 model originally sold for about $25K, but you can easily find a 2009 version for $14K. If you really want to make your ride sweet, look for the optional backup camera, but regardless, you can enjoy getting an average of 46 miles per gallon (more if you drive defensively). 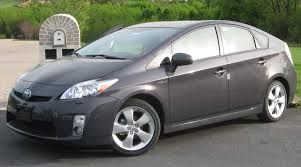 It should be no surprise to see a Honda on the list, as they are consistently known for their reliability, and the Accord is no exception. This eighth-generation beauty contains the holy grail of sedans: power and fuel efficiency. It boasts 190 horsepower and gets about 26 miles per gallon. On top of that, it is just plain comfortable, for both the driver and the passengers (in all seats). The cargo space it offers isn’t bad either considering its size. You get all of this for the small price of $17K, which is a decent drop from its original $25K price tag.

Okay, we’ve covered the practical cars, but what if you want something a little sportier? In 2010, Ford decided to revamp the nostalgic Mustang by giving it a facelift, and the result is one to be desired. Its sexy styling, impressive handling, and included bluetooth and USB connectors make the 2010 Mustang the perfect option if you want a little excitement in your life. The best part is, you can probably find one for about $16K, which is quite the bargain considering they were over $30K just a few years ago.