The Lowdown on Street Racing

Posted on January 30, 2014 by Defensive Driving | in Driver Safety For You & Your Family

So why do people do it?

It all comes down to the adrenaline rush that the drivers get when they push the limits. The risk of cruising at speeds that are not even recordable on all odometers pumps the blood through their veins like very few things can. The main demographic for street racing is young males between the ages of 16 and 24, so they likely lack the life experience and knowhow to truly understand the risks involved. They think they are invincible and that they are racing the right way.

Why not just go to a track?

Yes, there are racetracks open for people to safely feel the thrill that only racing can provide, but they usually charge a steep fee, and they often control who can race each other (which is not what young males want). Not only that, but they are only open for very limited hours and, due to their unpopularity, are getting harder and harder to find. Which leaves the street as the only viable option. While many racers aim for deserted streets during desolate hours, not all street races are planned. Often times, two people will just be at a stoplight when the urge to race strikes them.

This is when it really gets dangerous.

Of course, any driving at immeasurable speeds is dangerous, but when other automobiles, bicyclists, and pedestrians are around, these dangers are increased dramatically. Innocent people are killed every year by “invincible” drivers who felt the need for speed. 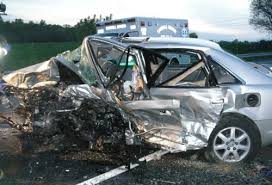