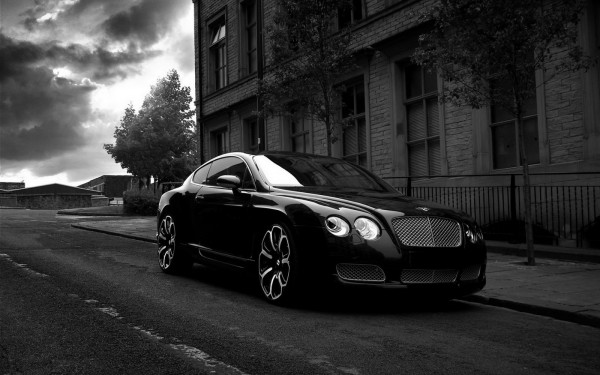 As a celebrity, you enjoy the finer things in life. From lavish homes and wardrobes to first-class flights to private islands, spending money becomes second nature, with no uncomfortable feelings of buyer’s remorse. On top of that, celebrities are also known to have some of the most impressive car collections in the world. Whether for driving or just to look at, these celebs have shown the rest of the world their passion for cars, both new and old, as they’ve turned it into a very expensive hobby.

Below are the top seven most impressive celebrity car collections.

The former Late Night comedian is also known for being a big car connoisseur. According to Business Insider, Leno’s car collection is so big that his garage holds not only his cars, but a water-jet cutter, sheet metal machines and a welding apparatus. From his 1963 Jaguar XKE Coupe, 1906 Stanley Steamer Cup Racer to 1986 Lamborghini Countach–Leno doesn’t stray from special vintage and rare cars, as he owns 130 cars as well as over 90 motorcycles. What’s different is that unlike other celebrities on this list, Leno does indeed drive all of his cars/motorcycles in his collection. With a successful career like Leno’s, it’s easy to see why he owns so many cars.

The Haitian rapper, musician, actor and former Fugee frontman has spent a considerable amount on his hobby of car collecting. Though he doesn’t discuss his cars regularly, his collections includes: McLaren F1, Rolls-Royce Phantom, Bentley Arnage, Cadillac Eldorado, Pagani Zonda C12 and a Hummer H2 that has a fish tank inside.

If his current TV series, Comedians in Cars Getting Coffee wasn’t an indicator, comedian Jerry Seinfeld know his cars. His car of choice? Porsche, as he owns more than 15 types, ranging from 1949 Porsche 356/2 to Porsche 959, which is one of 333 ever built. Furthermore, he’s known for having one of the largest Porches collections in the world.

The fashion designer, Ralph Lauren is known for his rare and designer collections of cars. These include: McLaren F1, 1955 Jaguar XKD, 1958 Ferrari 250 Testa Rossa, 1938 Alfa Romeo 8C2900 Mille Miglia and a 1937 Mercedes Benz Count Trossi SSK. It’s amazing what a net worth of $4.6 billion can buy!

Professional boxing champion, Floyd Mayweather is known to own more than 100 cars and often buying multiple versions of the same car simply because he likes the various styles. In addition, he even color coordinates his cars, keeping his fleet of all-black cars in Los Angeles and his fleet of all-white cars in Miami. Unlike others on this list, Mayweather is known for a more modern collections of cars. These include: Bentley Mulsanne, McLaren 650S, Lamborghini Aventador, Rolls-Royce Phantom and Mercedes Benz S600.

The actor, best known for his 10 plus years on ABC’s drama Grey’s Anatomy is also known for his love of classic and vintage cars. His collection includes: 1963 Porsche 356, 1972 Jaguar E Type V-12 Convertible, 1969 Mercedes-Benz 280SE and Ferrari Daytona. Like Leno, Dempsey believes in driving all of his cars. He told Architectural Digest that, “I’ve had up to ten cars, but I don’t have a garage to keep them in, and it can become a waste of time and money. I believe all cars should be driven, not just parked and looked at. Each one has a tremendous personality.”

Something else people don’t know about him? Dempsey is also a race car driver and is the owner and co-driver of Dempsey Racing. He won the 2015 FIA World Endurance Championship, but as of March 7, 2016, Dempsey has decided to take a step back from racing and focus on family and acting.

The professional WWE wrestler and actor John Cena has an eye for American muscle cars. His car of choice to get him to his day-to-day activities? A 1971 AMC Hornet SC/360, naturally. What else is in his garage? 1996 Dodge Hemi Charger, 1970 Buick GSX, 1970 Mercury Cougar Eliminator, 1971 Plymouth Road Runner and 1970 Oldsmobile Cutlass Rallye 350—to name a few.