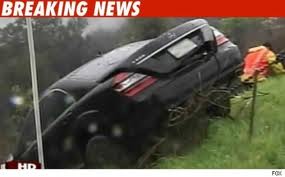 What do Lindsay Lohan, Britney Spears, and Amanda Bynes all have in common? Of course they are all famous for their talents, but besides that, they have all made headlines for their driving. In fact, many celebrities make the news every day for how bad they drive. But why is this? Why do celebrities appear to be such bad drivers?

There are several factors at play.

Some celebrities probably think they are above the law. After all, they see celebrity after celebrity get away with it, so why shouldn’t they? As a result, they drive a little faster than they should. If they get pulled over, all they have to do is put on their charm and offer an autograph and they will probably get off scotch free. Not only that, but many cops may even let them go simply to avoid the paparazzi pile-up.

In fact, paparazzi may play a bigger role than you think.

There are countless records of celebrities getting into accidents as they try to escape the cameras that seem to follow them everywhere. This is somewhat understandable. As celebrities are trying to dodge paparazzi, you can be pretty sure they aren’t worried about defensive driving. They are simply worried about getting away, and they will do whatever it takes to do so. Take Britney Spears for example. Yes, it was a while ago, but she was being stalked by paparazzi so intensely that she actually drove with her infant son on her lap. When celebrities are trying to avoid the cameras, they just don’t think as clearly as they should be to drive safely.

Where do most celebrities live? In Southern California, of course. And where is some of the worst traffic in the country? Also in Southern California. So while it may seem like celebrities are worse drivers than regular everyday folk, it may just be a matter of coincidence. If they are exposed to more traffic and more time in the car, their chances of getting in an accident goes up. It’s as simple as that.

So why don’t they just hire drivers?

With their abundance of money, it does seem like an obvious solution, doesn’t it? If celebrities would hire professional drivers none of these factors would come into play. But to a celebrity, it is not that simple. For many of them driving is one of the few things they get to do that equates them with the rest of humanity. When they drive they blend in with society (until the paparazzi spots them). According to Slate, it may also be an image thing. They want to be seen driving their fancy cars that their plethora of money bought them. After all, what is fame without getting to own that ridiculously expensive vehicle?

So the next time a celebrity makes the headlines for their bad driving, cut them a little slack. They are just trying to do the best they can. (Note: DUIs are inexcusable and celebrities should be ashamed of themselves for getting one.)