Is Eating While Driving Illegal in Texas?

Eating while driving is particularly dangerous because it is both a mental and physical distraction from your driving. This is the same type of distraction as talking on the phone or texting. In September 2017, Texas passed a law to make texting while driving illegal for all drivers, as well as talking on your phone in school zones. These newer additions are on top of our existing law that prohibits drivers under 18 from using any form of phone, over Bluetooth or otherwise except in the case of emergencies. 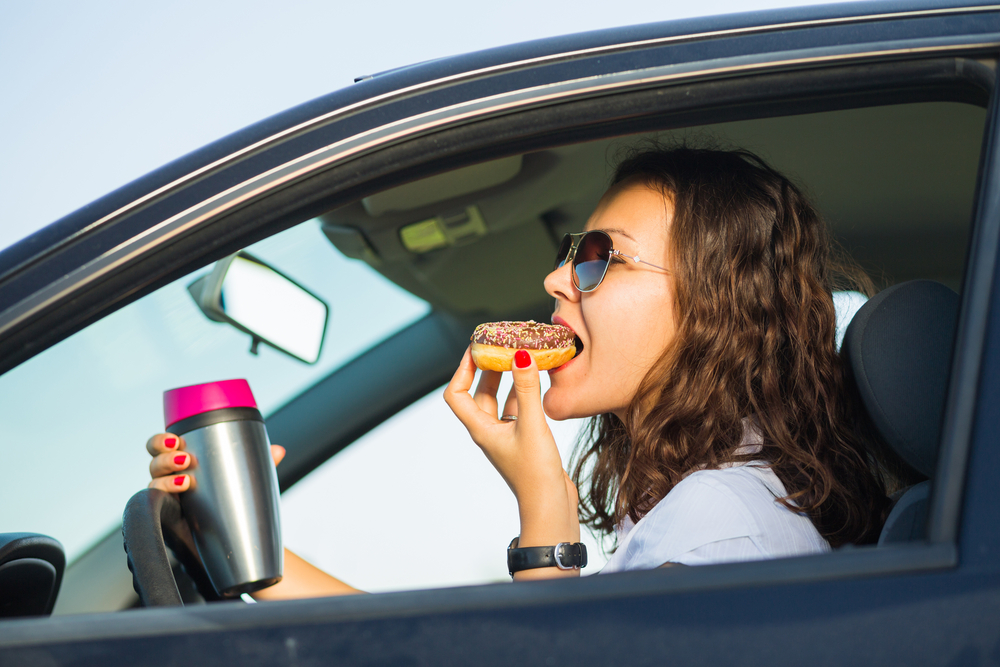 These are the state-laws though, and many local municipalities have enacted their own more specific legislation. For instance, in the city of Austin has more strict laws in place. In Austin, you can be cited if you are looking at or sending a text at any time while driving except at a complete stop. This is an example of where although not illegal at the state-level, local laws still apply.

While it may not seem dangerous in the moment, eating while driving is dangerous even when not illegal. While it’s highly unlikely that you’ll be pulled over for it, it does put you at considerably more at risk for being pulled over for another reason. Accidents are consistently the #1 cause of death for younger people and distracted driving is a factor in around 20% of accidents. While it’s not explicitly illegal to eat while driving, it’s a risk that shouldn’t be taken when possible. Defensive driving is about making safe choices and mitigating risk factors. Just like texting while driving, it can wait.

← First Speeding Ticket in Texas | Does A Certificate of Completion Expire? →